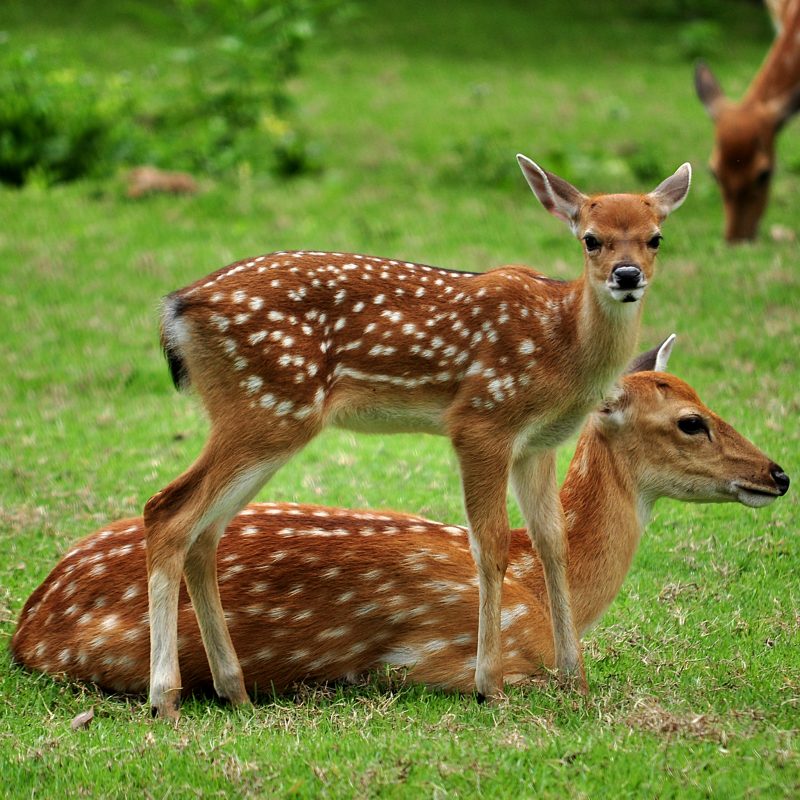 The Catskills are one of the oldest mountain ranges in the world and used to be connected to the Alps before the continental divide. They play host to abundant wildlife, taking refuge in the “forever-wild” 300,000-acre Forest Preserve. At 3,720 feet above sea level, the peak of Panther Mountain is one of the tallest in the Catskills and look directly down upon Menla, which is 1,500 feet above sea level and set on 325-acres. Menla is located in a region of the Catskills renowned for its unspoiled beauty, variety of wildlife, abundance of rushing streams and rivers, and ancient forested mountains.

The Catskills cover more than 6,000 square miles and six different counties, with almost half of that land dedicated to the Catskills Park and Forest Preserve. Menla is home to many different animals, including those below. Menla’s woodland valley is an authorized Audubon Society bird sanctuary.

The white-tailed deer is the most plentiful of the large mammals living in the Catskill Mountains, and they are nearly always present at Menla, giving birth to their young and raising them here. Countless generations of deer have grown accustomed to our peaceful sanctuary, and several of them will eat right out of your hand.

The Catskill ecosystem is also home to the bobcat, coyote, and the even more elusive fisher cat and mountain lion. Beavers live in the rivers, ponds, and streams.

The black bear is a native of the region, though there is no cause for alarm, as black bears are non-aggressive and prefer to live outside of human view.

Smaller mammals living in the Catskill territory include the mink, woodchuck, muskrat, red fox, gray fox, and opossum. Various types of moles, such as the eastern mole and the star-nosed species, inhabit this section of New York, as do meadow and woodland voles.

Turtles, such as the snapping turtle, bog turtle, painted turtle, and box turtle, also reside on the Menla grounds. Bullfrogs, tree frogs, green frogs, newts, salamanders, and snakes can be found as well.

In 2006 Menla was officially recognized as an Audubon Important Bird Area. So far our list includes well over a hundred different kinds of birds, including the elusive Bicknell’s thrush (one of the “Holy Grails” of bird watching), which is mysteriously found only on or very near neighboring Slide Mountain.