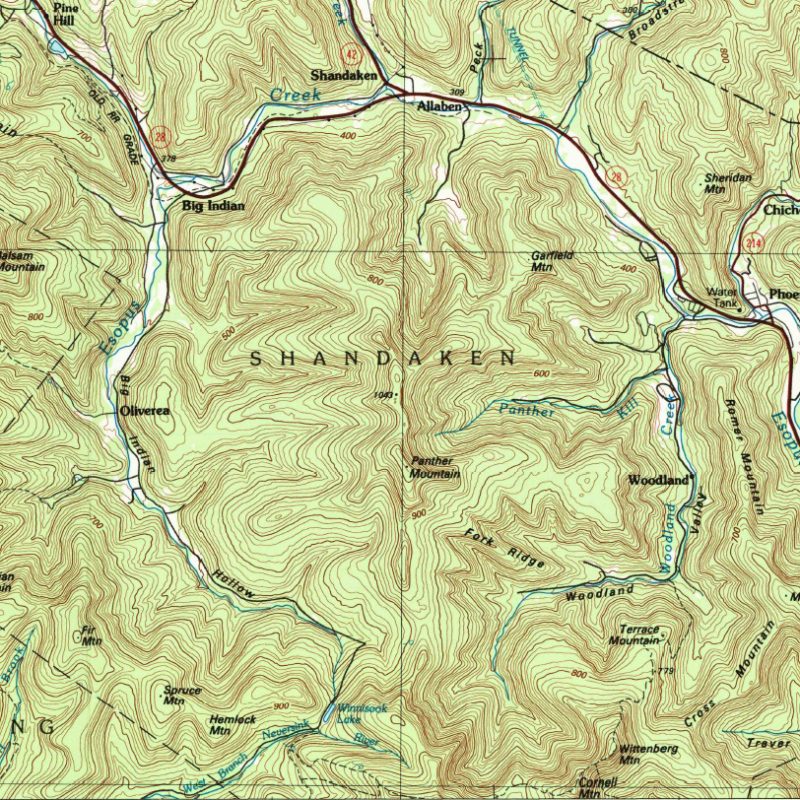 Seated atop the world’s most ancient meteor impact crater, this hidden valley is a pristine eco-system, an oasis of remarkable spiritual energy residing on land long held sacred to local Native Americans for its extraordinary energy. For centuries before us, and still today, Menla’s stunning land offers a perfect place for sacred ceremonies, spiritual growth, deep healing, contemplation, and prayer – a sacred site where seekers young and old come to bridge the worlds of humanity, nature, and the divine. The local Native American peoples, including the Esopus and Mahicans, regarded this valley and region, with its enormous first-growth hemlock trees, as especially sacred, a place of the spirits. They never settled here and only used the valley for ceremonial purposes.

Menla is the source of the Pantherkill Stream, with numerous springs feeding it throughout our property. The main spring has long been held as an especially sacred spring, though we are not certain exactly why. What is clear is that Panther Mountain, which looks down upon the Menla valley, is a special mountain, with its circular reverse-crater shape, surrounded on all sides by flowing streams – a vortex of ley lines spanning a much larger geographic pattern characterized by natives as a Great Serpent formation.

Interestingly, when the Dalai Lama was here, he recognized the presence of a large Naga residing on our land. Nagas are considered by Himalayan peoples and those in nearby regions as being very real, rather than just mythic creatures. They are dragon-like, shape-shifting, usually invisible creatures who live in mountains, under oceans, or in other watery netherworlds. Nagas are revered for their mighty power as keepers of profound wisdom (they are said to have bestowed the entire body of Mahayana Sutras on the human realm), but also feared, lest they become angered by human misbehavior and inflict water-related natural disasters.

His Holiness said our local Naga is very large and rather peaceful in nature. Her head is somewhere near our pond, and her massive body extends back along the stream up to its rocky sources. The Dalai Lama urged us to make offerings to our Naga and feed it with mantras and prayers for protection and enlightenment, which we invite any guests who feel a connection with this account to help us with. His Holiness asked us to build a small offering shrine for the Naga, which is located in front of the Ahimsa Yoga Studio. Throughout the years, numerous shamans, mystics, and even ordinary people have had visions and dreams of the Naga while here, many of whom had not even previously heard this story before they had their own experience.  We leave it up to you to decide for yourself whether you give credence to the existence of Nagas, but you might hear one of our faculty or staff fondly speaking about it, and we do conduct occasional fire-ceremonies with offerings and mantras to appease her and encourage her to support our Dharma activities.

“The Menla Cleanse Getaway was the most peaceful, knowledgeable and supportive environment I have ever experienced for my annual detox. The juices and raw food were creatively prepared and delicious, and the staff was caring and unobtrusive. Being supported by the gorgeous sacred land, a stunning new spa and many wise healers facilitated profound renewal for me on all levels. I am filled with gratitude for Chisti and her team, and I will definitely return!”

“Nicole’s KuNye massage was transformational. She released several tight muscle and joint areas with targeted and deep pressure and massage. I felt more flexible and incredibly relaxed. The Dewa Spa facility itself is beautiful, peaceful and extremely relaxing.”

“Deep in the Catskill Mountains exists a very special place—the Dewa Spa at Menla. On a snowy, late winter afternoon there is nothing better than a long deep soak in one of their tubs infused with the 5 Nectars bath blend. The tranquil sounds of this hidden valley can be heard through a cracked window—the Pantherkill Stream and the sweet symphony of our bird friends chattering about the upcoming spring. This is the perfect place to leave the world behind for as long as possible!”