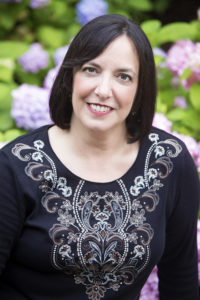 Janice Marturano is the Founder and Executive Director of the Institute for Mindful Leadership,  www.instituteformindfulleadership.org a non-profit organization dedicated to offering leaders an in-depth exploration of mindful leadership training and its impact on the cultivation of leadership excellence. She founded the Institute in January, 2011, after ending her 15-year tenure as Vice President, Public Responsibility and Deputy General Counsel for General Mills, Inc.

Janice was a senior strategic leader within General Mills before leaving to dedicate herself full time to the Institute. While a corporate officer at General Mills in 2006, she co-developed and taught the very first mindful leadership curricula which then began to spread throughout the company and, since 2008, to thousands of leaders at organizations around the world.  As a certified teacher of mindfulness and an experienced former senior officer of a Fortune 200 company, she has brought the intensive training of mindful leadership to all forms of organizations-corporate, non-profit, academic, government and military. In 2013, she was invited to introduce her approach to developing mindful leadership to the World Economic Forum in Davos, Switzerland, and in 2014, she was invited to teach an encore mindful leadership workshop at the 2014 World Economic Forum in Tianjin, China.

Janice’s work has been featured in the BBC, Huff Post Live, NY Times, Financial Times, Time magazine, CEO magazine and Forbes. She is the author of the award winning, international best-selling book, ‘Finding the Space to Lead: A Practical Guide to Mindful Leadership’ and is a contributor to Forbes.com.

“I have many words but I will use this: streams. This whole valley is full of incredible streams. I came as a part of YTTP retreat this past weekend and loved how the valley of Menla just belonged to each and everyone one of us, together and alone at the same time, I stayed at Dragon house and loved how at home you are made feel though no one really is there guiding you, you are your own guide. I will remember this stay for a long time, the 2 days will last a life time. I hope to return one day. Thank you!”

Honestly, two of the best massages I’ve ever had.

“Usually you expect basic accommodations for a Retreat Center, but the deluxe room I stayed in was amazing. All the nature around is very special, and don´t forget to book a massage at the wonderful Spa!”