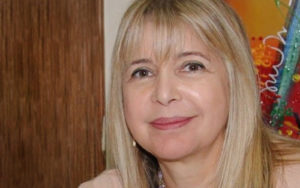 Mrs. Korngold has been working as a volunteer in the office of Brazil Child Health in New York, since it’s opening in 2000, as its main executive. In 2010 Mrs. Korngold was appointed by Vogue Magazine as one of the 100 most influential Brazilians in New York due to her charitable work.

“Having never gone to a spa or retreat, I heard this is the place to go. The mountains, the hiking trails, the wildlife, and the vastness of the place set up the parameters for a happy and interesting week. Every staff person I encountered could not have been more welcoming. One new employee said all the supervisors treat each other and other employees as well as they treat their guests. Vegetarian food is fresh and excellent. Wait ’till you see the modern yet traditional spa! The main house and guest rooms are lovely. I came to learn yoga from outstanding teachers and to relax and get some care taking. Mission accomplished.”