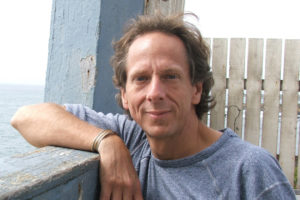 A celebrated astrologer and intuitive, Alexander Mallon has practiced for over 45 years, sharing his gifts with clientele spanning the globe, from NY to New Zealand. Alexander has been an avid telescope builder and amateur astronomer for nearly 50 years as well and incorporates his intimate knowledge of the sky and natural cycles into his professional consulting and coaching career. Discovering his calling very early in life, Alexander began his work professionally with private clients including corporate leaders, political figures, entrepreneurs, physicians, lawyers, artists and actors. Over the years he has been featured on numerous radio and television programs,  and for 5 years, had his own call-in live TV program “New Planet” which aired in Manhattan and the San Francisco Bay area.

Alexander holds a Certificate of Astrological Study from the Astrological Research Center of New York, and holds a degree in Art Therapy from Long Island University School of Visual and Performing Arts. He has also received training in Body Centered Gestalt Therapy at the Hartford Family Institute in Hartford, CT. Known for his compassionate style and also his direct laser-like insight, Alexander provides Consulting, Coaching and Counseling services for individuals, couples, and corporations. As an avid amateur astronomer and sky observer, Alexander also conducts classes and “experientials” in astronomy and sky lore at his private observatory in Charleston, SC.

“The breathtaking landscapes and fresh mountain air take all stress away the minute you arrive. The natural surroundings completely captivate you.”