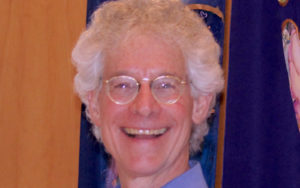 Jim Garrison is the President of Ubiquity University. He has been studying spiritual traditions since childhood as the son of missionaries to China and Taiwan where he was able to delve into Eastern spirituality, particularly Buddhism and Taoism. His double Masters degree in the History of Religion and Christology at Harvard University and his doctorate on a Jungian analysis of ancient Judeo-Christian apocalyptic literature at Cambridge University enabled him to study texts across the spectrum of Axial religions and wisdom traditions. He has written numerous books, including The Plutonium Culture, The Darkness of God: Theology after Hiroshima, The Russian Threat, Citizen Diplomats, Civilization and The Transformation of Power, and America as Empire. Jim teaches a range of courses at Ubiquity in philosophy, spirituality, history and global affairs, including the core courses The Great Books, Wisdom and Civilization, and The Liberal Arts at Ubiquity Chartres Academy. www.ubiquityuniversity.org

“I have been all over the world and this spa is by far my most favorite. The service, the facilities and the kindness is beyond my past experience. I recommend going to Menla and making the Spa your first stop every day.”