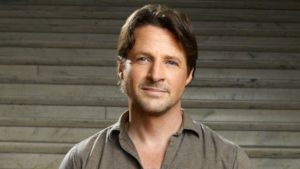 Tim Guinee is an American stage, television, and feature film actor. Tim has given presentations on the climate crisis all over the United States as well as in Canada and North Africa. He enjoys giving talks to oppositional and underserved audiences including such diverse groups as conservative fire departments, Houston oil industry executives, and maximum security inmates. He is the founder of Climate Actors and serves on the leadership council of Riverkeeper, the board of the Ashokan Center (New York’s oldest center for environmental education), the board of Green Product Placement and the advisory board of the Climate Institute. He is the official Climate Change liason for the town of Marbletown with the Climate Mayors, and is the co-chair of the Climate Reality Project Hudson Valley/Catskills, New York Chapter. He is also the Legislative Action Coordinator for the New York Climate Reality Chapters Coalition. Professionally, he is an actor and director. He has appeared in over 200 movies (including Sweet Land – the 1st carbon neutral independent feature film), mini-series and episodes of television and another couple hundred plays.