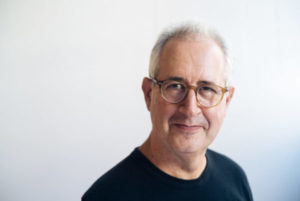 He is known for his ability to present the richness and depth of the Buddhist tradition with a light touch, making it accessible and relevant. He created a weekly live broadcast available on YouTube and has online workshops available through creativeLIVE.com. His first book “Awakening From The Daydream – Reimagining The Buddha’s Wheel of Life” was released to critical acclaim by Wisdom Publications in October 2016. His ground-breaking second book – “Creativity, Spirituality & Making a Buck” was released by Wisdom Pubs in October 2019.

David is also an Emmy winning, Grammy nominated composer, guitarist and producer. He is the composer of the classic song “Midnight at the Oasis” and has worked with a diverse range of artists including Stevie Wonder, Christopher Guest, Paul Simon, Lana Del Rey, Jerry Garcia, Maria Muldaur Krishna Das, and many others.

“I have many words but I will use this: streams. This whole valley is full of incredible streams. I came as a part of YTTP retreat this past weekend and loved how the valley of Menla just belonged to each and everyone one of us, together and alone at the same time, I stayed at Dragon house and loved how at home you are made feel though no one really is there guiding you, you are your own guide. I will remember this stay for a long time, the 2 days will last a life time. I hope to return one day. Thank you!”

“An amazing magical place with freshly made vegan food, spa with Tibetan medicine therapies, swimming pool, vast greenery, and mountain water. They invite the best teachers from around the world too!”