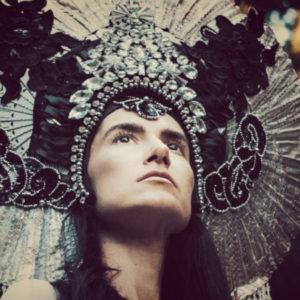 Chart-topping and world renowned musician and vocalist, Simrit, has been studying and working with the science of sound and consciousness for two decades. Alongside her bands, Simrit creates vibrationally powerful and healing music to impact both positive internal & external change. Decades of study and experimentation with Kundalini yoga deepened Simrit’s relationship to the quantum technology of Naad Yoga (the ancient science of using sound to impact the brain’s neural pathways and chemicals, eliciting altered states of reality); the effects of which influence her music. In April 2020, the SIMRIT band released their Live in Los Angeles album. Over the 2020 Summer, the SIMRIT band also released 6 new singles including the moody and epic music video to new release Some May Say. Also in Summer 2020, Simrit began collaborating with some of Roots Reggae’s heavyweights and formed together a band named Zion Collective. Simrit also hosts regular classes, known as SIMRIT SESSIONS, centered on conscious repatterning. In June 2020, Simrit debuted her real talk, talk-show called The Athena Council with all range of powerful and influential female guests such as Sirius XM’s ‘Sex with Emily’ star Emily Morse and the timeless Belinda Carlisle of The Go-Go’s. Simrit’s highly acclaimed courses, including The Supreme Sound 2.0 are studied worldwide.