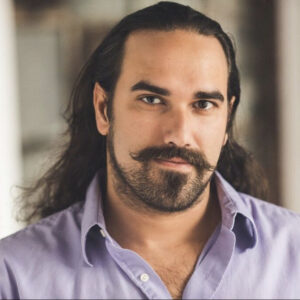 If music be the food of love, than Adam is like a bread bowl. Supportive and a strong exterior but a chewy container for delicious liquids. He also is a man of many talents, like writing third person bios about himself. He believes that an education is priceless and plans to be a lifelong learner. Adam takes that attitude and applies it to his work ethic, which is to be 15 minutes early, stay 15 mins later if needed and lead by example. He received an AAS from the Community College of Philadelphia as a non traditional student and received an all state academic honor which included a scholarship to any state school in the passhe system. He received his BA from West Chester University in Theatre Arts with a focus on Technical Theatre/Sound. Then he went to Va and helped out on an Alpaca Farm. In close proximity to Shenandoah University, he wanted to continue his education to the next level which led to a Master of Science in Performing Arts Leadership and Management. Upon graduation he was looking to move out West and get into showbiz, pushing brooms or what have you but his Uncle passed unexpectedly and his Uncle was caretaker for his Grandmother who was bedridden and in her 90s. Adam returned to Pennsylvania and was the night watchman and caretaker for a year before she passed peacefully in the Fall. With theatre still shutdown and Adam finding himself unemployed he stumbled across Menla. While not quite show business, he brings his unique abilities and knowledge in nonprofit management  to good use facilitating fun for Menla Mountain Retreat. Whether it is haunted toilet paper or sound check, he will do his very best to deliver a quality guest experience. He also has many interests like making music, skateboarding, slackline, juggling and rock climbing to name a few and plans to utilize juggling to research and one day receive his PhD studying pedagogy, leadership and performance. Yes with juggling!