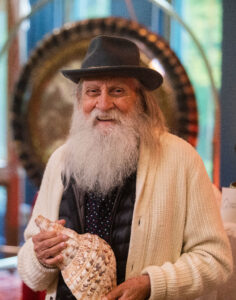 Grand Gong Master Don Conreaux was formerly known as Baba Don and Guru Jagat. Master Don was one of the five original Kundalini Yoga Teachers designated by Yogi Bhajan in 1969. Don also studied the gong writings of Dane Rudhyar. He established the Nanak Dwara Ashram Teacher Training 1970-1976 in Phoenix, Arizona. Don originated: The Gong Yoga of Holistic Resonance, the title of Gong Master, Gong Therapy, The Gong Puja, and Gong Master Training in the Way of the Gong. Don has produced students of the gong in many countries of the world since and holds trainings internationally. He also conducts his Mysterious Tremendum Gong Consort and Sacred Tone Ensemble. His Way of the Gong writings include: Gongs of Our Solar System, Magnum Opus of the Gong, Music of Wholeness, The Gong Essays, Sacred Geometry of Starhenge, The Chiometer, and The Kriya Kundalini Gong Yoga Manual. 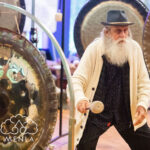 This is an opportunity and an invitation for SoundHealers and yogis wanting to embody the science of Nada Yoga, and study Gong Kriya, Gong Yoga. Since 1969, 88 year old Grand Gong Master Don Conreaux has spread the gong, its uses and methods to new students of Holistic Resonance around the world. This year marks the 53rd year of his gong teaching, and the 11th year working with Sage Academy! This retreat is not just for the advanced professional sound-healer, or the ongoing student of gong yoga, or for just the practicing healing musician, but it is also for those…

“The genius is in the details of this place. Simple . elegant and chic. The food is always creative, delicious and healthy. The staff is right on. There is nothing they won’t do to make you comfortable. And then there’s the Spa. It’s the big embrace when you walk through the door. The whole place is a huge container of LOVE.”