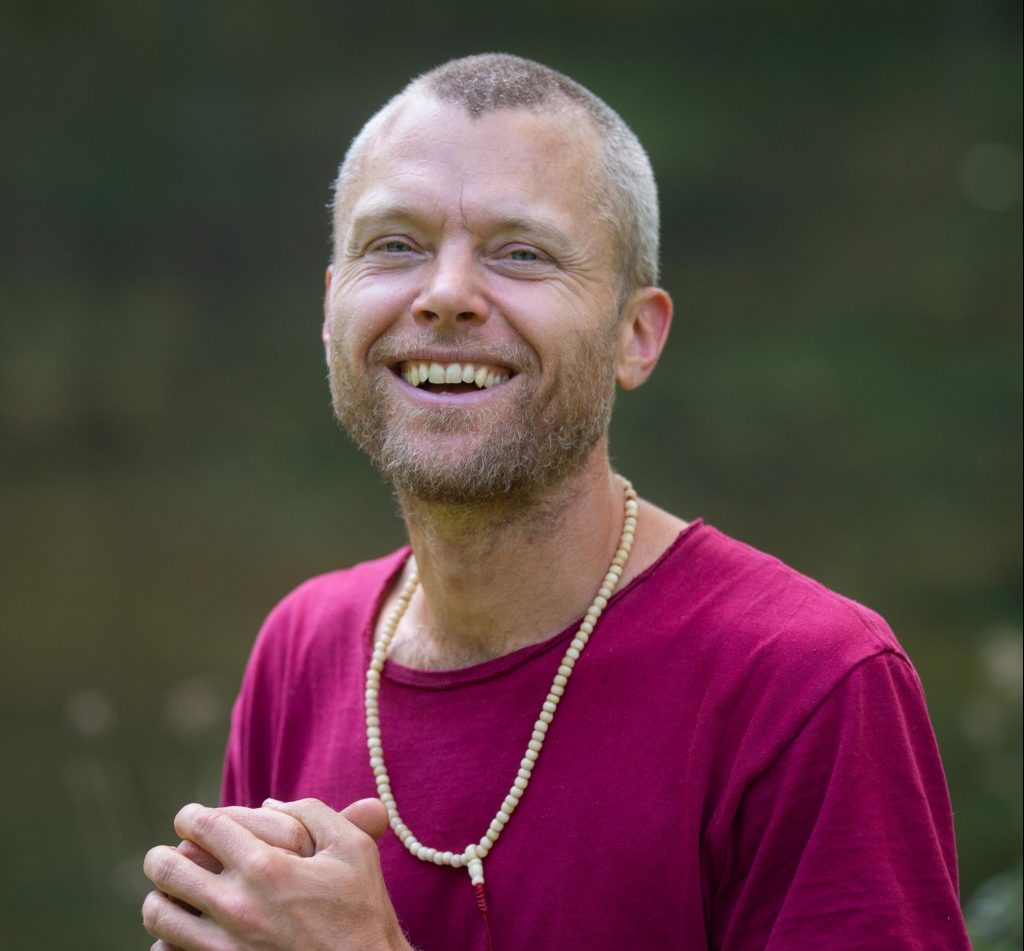 Aaron ‘Water’ Piepszny is a professional dancer, permaculturist, and educator. His Qi Gong is deeply rooted in his connection with nature, his long term study of Taoism, and his embodied presence.

In 2004, Aaron became a certified Qi Gong teacher with master Wei Zhong Fu. In 2005, he was a Qi Gong apprentice with Michael Winn student and ‘Enlightenment Technology’ author, Jerry Stocking.

While dancing, teaching, and studying in Toronto, Aaron apprenticed master dancer, Anthony ‘Prime’ Guerra for 22 months. These formative Afro-Caribbean teachings gave Aaron a perspective on movement and dance as a healing art for the whole being. Linking his protracted Qi Gong and martial studies with African dance broadened his scope of what grounded and transformational movement can be.

Aaron was a guest Qi Gong teacher at Paititi Institute in Peru, and he has taught Hip-hop dance at SUNY Buffalo and contemporary dance and floorwork at UC Boulder.

Aaron is currently the Head Gardener at Menla Retreat. He has worked in sustainable food production for 20 years with a movement focus on body mechanics, posture, and having fun.

“I spent the week in a yoga and meditation retreat. What a beautiful place! High in the Catskills mountains, where you can see the stars at night, and the trees are as high as the sky. The accommodations aren’t luxury, but they were perfect. Everybody is so kind and nice. We got to practice different kinds of yoga, and went to a couple of hikes. I felt happy and relaxed. They also have an amazing spa. How have I never heard of this place before? Now I can not wait to go again!”