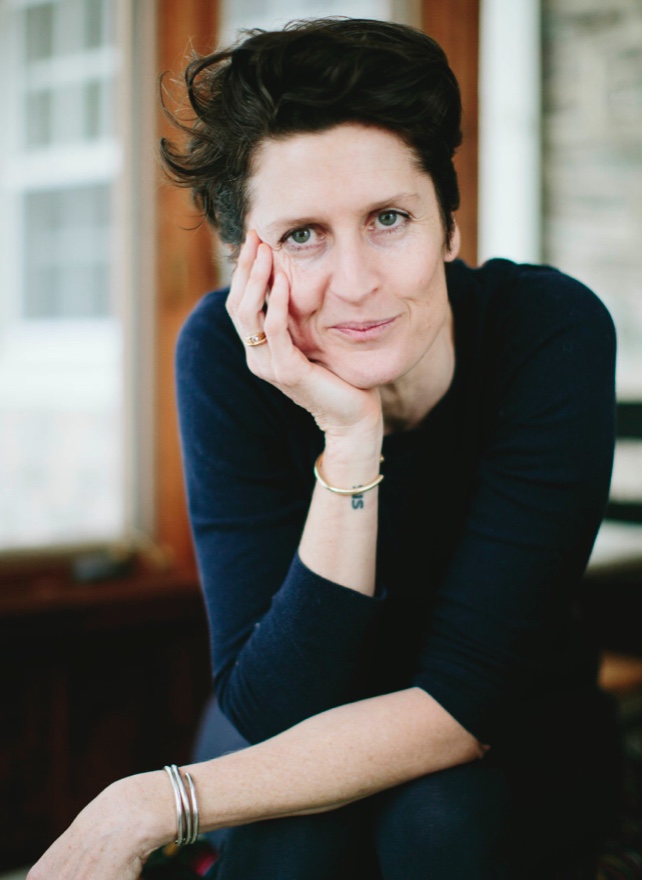 Alex Auder, director of Philadelphia’s Magu Yoga, is a native New Yorker who grew-up in the Chelsea Hotel with her mother, Viva (an Andy Warhol Superstar), and her sister, the actress, Gaby Hoffmann. She is known as one of NYC’s preeminent teachers who has developed a keen eye and a genuinely authentic and original voice. She began her teaching career in 1996 at Jivamukti Yoga Center and at her own studio in Rhinebeck, NY. During her years in upstate NY, she studied closely with her Vedanta teacher, Shubraji, who continues to deeply influence her teaching and her practice. Over the last 10 years Alex has taught out of her own studio WestVillageYoga (critics pick in NY Magazine) and as a senior teacher at Kula Yoga Project until she recently opened Magu Yoga. Her teaching is Informed by 20 years of studying various movement modalities including ballet, Iyengar Yoga, Kula Yoga, the work of Nevine Michaan (among others), Pilates, conditioning & strength training, Body-Mind Centering and Somatics. Her classes are known for the graceful integration of clear and precise alignment cues, intelligent sequencing based on stability and functional movement, Somatics, vedantic philosophy, and generous hands-on assists. Alex co-leads two Kula retreats, teaches a monthly "Master Class" at Kula Yoga, is on the faculty of Kula’s 200 hour teacher training program and leads her own 75 hour advanced Teacher Training at Magu Yoga called “The Eye of the Teacher". She was also named one of the top 100 teachers in America.

“An amazing magical place with freshly made vegan food, spa with Tibetan medicine therapies, swimming pool, vast greenery, and mountain water. They invite the best teachers from around the world too!”

“The Menla Cleanse Getaway was the most peaceful, knowledgeable and supportive environment I have ever experienced for my annual detox. The juices and raw food were creatively prepared and delicious, and the staff was caring and unobtrusive. Being supported by the gorgeous sacred land, a stunning new spa and many wise healers facilitated profound renewal for me on all levels. I am filled with gratitude for Chisti and her team, and I will definitely return!”